In honor of National Burger Month, we took a look at the top burger destinations in America based on data from our newest service, Placed Insights.

One of the most surprising burger facts we discovered was that nearly half of Americans visited McDonald’s at least once in March, making it not only the most-visited burger destination but also the most-visited business in the U.S. Burger King took the #2 spot in the burger ranking with 24% of Americans visiting during the month. Wendy’s came in just behind The King at 23% to round out the top three before the competition fell off to 10% reach or less. With so many consumers frequenting fast-food burger joints, and McDonald’s in particular, we know that it’s safe to conclude that America is in fact “lovin’ it”. 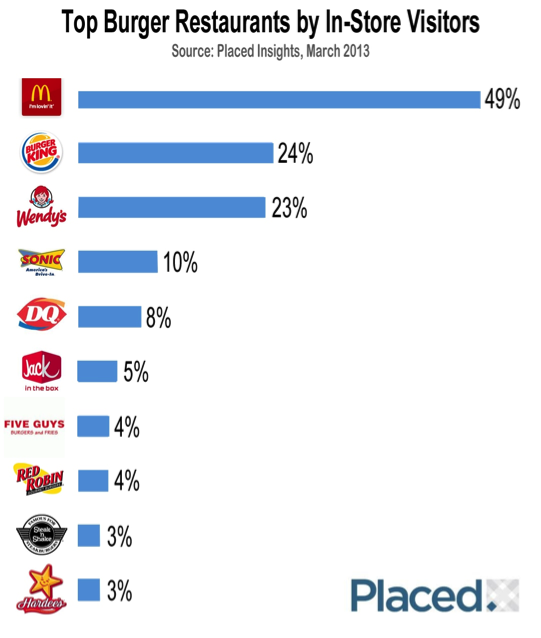 Another interesting finding is the correlation between age and type of burger establishment visited. For instance, In-N-Out, Jack In The Box, and Five Guys all proved to be more likely candidates for 18-24 year olds to satiate their burger craving than the average American. But when we switch our focus to older Americans, we find that chains such as Culver’s, Hardee’s, Carl’s Jr. and Steak’ n Shake see those age 45 and older more likely to place an order there than an average consumer. 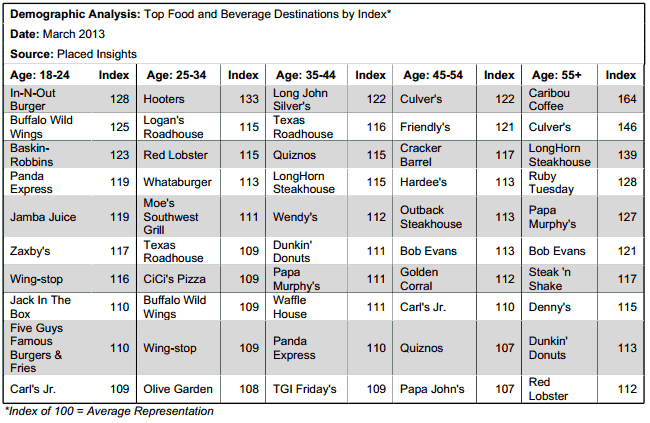 Armed with all this burger knowledge, where will you be celebrating National Burger Month? Let us know on Twitter @Placed.

For more market trends, be sure to check out our latest report: State of Place Q1 2013.