The differences between Trump and Clinton supporters extend beyond political view and into the apps that they are more likely to have installed on their smartphone. Utilizing Placed’s double opt-in audience, Placed was able to connect localized voting preferences to apps installed.

Using apps as a proxy, Clinton supporters are content generators with messaging and photo apps making up 70% of the list, while Trump supporters are more content consumers with 60% of the list including apps like NFL Mobile, Slacker Radio, Audible, Amazon Music, and Kindle. As it relates to retail, Trump supporters gravitate towards the market leaders with Walmart, the largest retailer in the US, and Amazon, the largest retailer in the US, representing 4 out of the top 10 apps.

For both candidates, the most popular businesses in the physical world by candidate preference have very little correlation with their supporters’ digital activities. This separation of offline versus online behaviors even for the same candidate highlights the importance of treating each medium in its own silo, as what works online isn’t necessarily going to work offline.

With Trump raising over $26MM in June through online and mail solicitations, it highlights digital as a strong channel to reach his strongest supporters and drive donations. Utilizing this list, Trump can focus fundraising efforts on apps where his supporters are most likely to be found. Clinton’s strength in social applications could represent an opportunity to replicate President Obama’s success in 2012 leveraging social media to drive donations. 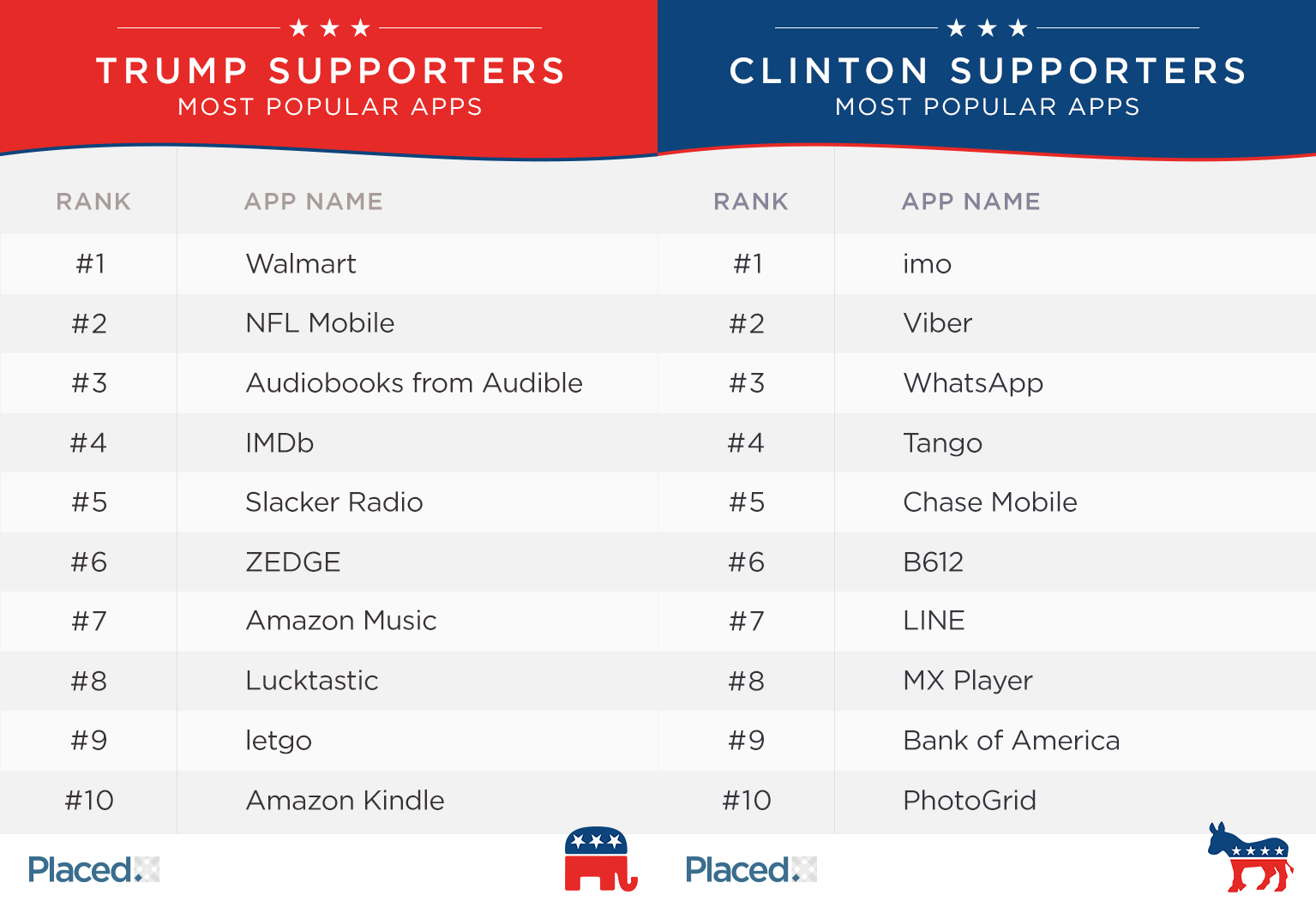