Black Friday, the biggest offline shopping day of the year, saw millions of shoppers hunt for deals at retailers across the U.S.

To better understand which retailers were most successful at driving people into stores on Black Friday, we analyzed offline shopping behaviors from our Placed Insights service, which measures more than 125,000 U.S. smartphone panelists who have opted-in to share their location. 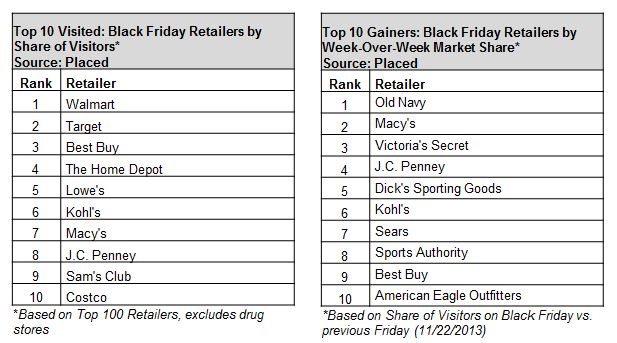 Enter your email below to receive the latest news and insights from Placed: