This year saw Thanksgiving solidify its position as the new Black Friday, kicking off the holiday shopping season with a record number of retailers opening their doors to deal-hungry consumers.

To understand which retailers saw the most brick-and-mortar shopper traffic, we analyzed the offline shopping behaviors of consumers sourced from our Placed Insights service, which measures more than 125,000 U.S. smartphone panelists who have opted-in to share their location.

The study found some interesting and rather surprising results: 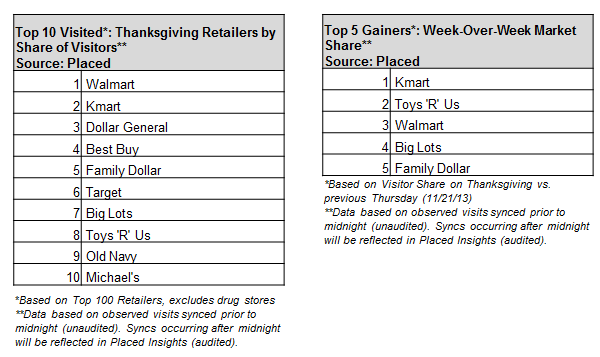 Placed will also release insights on Black Friday’s retail winners on Saturday. To receive an email update when the data is released, please add your email below: